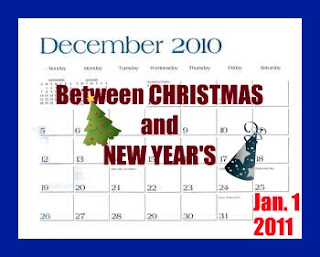 
It starts right after Halloween. You know what I'm talking about, right? The music. The decorations in the stores. The shelves already displaying items for the upcoming Christmas shopping season.
Honestly, that drives me NUTS! It's not even Thanksgiving yet and Christmas has already started taking over. Oh, I understand that it's all driven by the almighty dollar and that merchants have to get a "head start" on everything these days so that they can make their big money (hopefully) during this Christmas season. But the fact that I understand it doesn't mean that I have to like it!
Thanksgiving comes and goes and we are all reminded of our blessings and of all the things for which we have to be thankful. And then - (INSERT OMINOUS MUSIC HERE) - it's "BLACK FRIDAY" and the mad dash to the Christmas shopping season has begun for many!
The music is everywhere, the stores are all brightly decorated, all of the favorite Christmas shows are coming on the television and, yes, I begin to get excited about Christmas and all of the memories from Christmas past come flooding over me once again. I LOVE IT!
Some radio stations begin to have 24 hour a day Christmas music for about a week leading up to Christmas and then "BAM!"...it's December 26th, the music has stopped, the commercials are all gone and it's all done. Such a large build up and then it's gone.
This is why so many people struggle with Christmas - especially the "let down" that comes once it's over. Families go back to their own homes and many are now left alone in an empty house once again.
But, hey, New Year's is just around the corner! The hope and promise of a chance to start all over with a "clean slate" can sometimes help bring some excitement back into a life even after the joy of Christmas has passed.
WHAT ABOUT YOU?
Maybe you had to go back to work the day after Christmas. Perhaps you took your vacation during this time so that you could be with your kids while they were out of school.
What happens during this week "IN-BETWEEN CHRISTMAS and NEW YEAR'S"?
Stuffing ourselves on left overs? Sitting mindlessly in front of the television watching football bowl games that mean nothing except to those involved? Shopping those "AFTER Christmas" sales?
Many take this time to look over the past year as a new one approaches. And, upon doing so, many are saddened that, once again, they failed to achieve what they had set out to achieve almost one year ago at the beginning of 2010.
WHAT ABOUT YOU?
My guess is that most of us - if not ALL of us - have some regrets about things that we failed to accomplish during the past year.
So what?
I mean, think about it - what are you going to do about it now? I mean, it's a bit late to lose 50 pounds during this last week after Christmas, right?
But...don't miss this...it's NOT too late to correct our mindsets and it's still NOT too late to RESOLVE to stop "wishing" and start "acting" in this coming year!
It's actually NOT too late to determine that, once and for all, you ARE going to start that new business! Why not take steps TODAY (why wait until January 2nd?) to actually move closer to making that happen? It' s NOT too late!
Yes, take inventory of your life. As I have said before, "LEARN from the past but don't LIVE in the past!"
There's nothing you can do about what you failed to accomplish. But there is a LOT you can do to make sure that you are not sitting in the same exact spot come the end of 2011!
I'm excited! I have begun taking steps to PUT INTO ACTION some things that I have been talking about and "planning" for several years now!
It's time to stop talking and it's time to start MOVING forward in 2011!
So, what will YOU do during this "in-between" time?
Don't waste it - use it to prepare yourself for a productive 2011.
You can do it! I'll help any way that I can, but it's still ultimately up to you!
As always...remember (and this applies to everything that we just talked about) to...

"Make it an AWESOME day! (Who else is going to do it for you?)"
Mike

Posted by mspillman at 5:05 PM No comments:

A Special Message from Mike

Posted by mspillman at 5:17 PM No comments:

It's been a while since I last posted anything on the blog so I thought I'd spend a few moments and give an update while also wishing each of you a "Merry Christmas" with wishes for a "Happy New Year" as well!

As you know, I lost my job back in the middle of August (hard to believe it's been FOUR months since this has happened) and, due to the uncertainty of things, I felt I needed to cease doing my podcast and blog at that time. I didn't want to do a "hit and miss" podcast/blog...I wanted it to be consistent.

If you know anything about me at all then you also know that I am upfront and honest so I'm not going to change that now. The past four months have been very difficult! Without going into a lot of detail at this point I'll just say it has been very stressful financially, emotionally and spiritually. I've had to work VERY hard to keep a positive mindset and to practice the things that I have shared for you in past podcasts and blogs.

Surprised? You shouldn't be!

It is a DAILY struggle for us all - I don't care who you are or how you are doing in your life at the moment.

So, bottom line - in case you didn't know it already - I'm just like you! I struggle each and every day with my mindset and realize that I MUST continue to FIGHT to keep the negative out!

But the key is this: NEVER GIVE UP!

Remember, "As long as there is breath, there is hope."

I'll be sharing some more news about my plans beginning in 2011. I will go ahead and tell you that I should be starting my podcast and blog once again along with some other exciting things planned.

And, friend, I do want to wish you and your family a very MERRY CHRISTMAS and a HAPPY NEW YEAR!

And, as always, whatever you do...

Posted by mspillman at 1:12 PM No comments: