POSITION Does Not Make a LEADER! 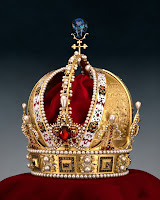 "Position Does NOT Make a Leader!"
("LIKE" us on Facebook!)
"It's GOOD to be King!"
We've seen movies and other shows that have shown someone in power proclaiming this while enjoying the "benefits" of being in charge. However, we've also seen many movies and shows also reflect those in such power bemoaning the fact that their subjects don't love or respect them.
This is just not true in movies - it's been reported and repeated all through history and, yet, it seems that many - still today - have not learned the simple truth that POSITION does NOT make a LEADER.
Have you ever worked for/with someone like this? The answer is likely, "YES!"
I've seen and heard of many situations where a person comes out of college or some special program - usually much younger than those that they will be working with - and be placed in a POSITION of "leadership" and think that it qualifies them for instant respect and instant followers.
WRONG ANSWER - WRONG THOUGHT - WRONG APPROACH!
Remember, POSITION does NOT make a LEADER!
You would think that, as I pointed out in the first few paragraphs, we would learn this lesson from histroy. But, even worse than us not learning this from past "ancient" history, I see those that don't even learn this from present, every day examples.
I recently heard a man that is in a POSITION of "leadership" state to his workers that he didn't care about them and that they were there to do the work that he told them to do. Along with telling them that he didn't care about them he also told them his philosophy was, "I say - you do!"
How many of his workers do you think respect him? Not many, if any. Oh, there are a lot of them that are AFRAID of him because they fear being fired if they don't follow his philosophy but, the truth is (and will ALWAYS be) that this man will NEVER get the full potential out of his workers with this mindset. Never.
So, if you work for or with someone like this then it is DOUBLY important for you to dig deep and supply yourself with as much positive ammunition (like this blog and my podcast/videocast) as you can in order to keep your attitude as it needs to be. Believe me when I say that your coworkers NEED that from you because many - if not most - of them don't have the same approach to life as you do and they need your attitude and mindset to help teach, lead and empower them to make it through such a mindset from someone in charge.
Again, "in charge" does not make one "a leader".
And, finally, if YOU are one with this type of mindset then let me get straight to the point - STOP IT! I can promise you this: if you believe this and have this approach, YOU WILL FAIL! Oh, you may have some "success" but you will NEVER achieve what is possible with this type of approach. Just like the man I described before, you will never get the full potential out of those that you are in charge of and, the truth is that if you cannot get the full potential out of those that you are in charge of then you will never reach YOUR full potential with your company.
That, my friend, is the HONEST TRUTH.
So, what DOES make one a leader?
We will be taking a look at that question in the next few blogs and podcasts/videocasts to come. The podcast is already up and can be found at www.FutureYouUniversity.com by clicking on the video cast tab and then clicking on either the iTunes logo or the Hipcast RSS feed logo. The vidoe cast for this segment will also be found there very soon.
Think about all of this and do what you MUST do to combat the negativity that will likely come with this attitude. And, again, if you are guilty of this mindset then determine NOW that you MUST change and become more than just a person who holds a position. Determine now that you WILL become an actual LEADER.
Until next time - "Be sure to make it an AWESOME day! (Who else is gonig to do it for you?)"
Mike
﻿
Posted by mspillman at 11:32 AM No comments: