Do NOT Give Up! 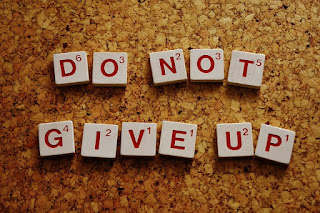 Let me mention, right off the start, that you can find the podcast that goes along with this very same topic by clicking on the podcast link at the end of this article. I don't follow a script when I do the podcast and the blog article so, even though the topic is the same and there are some similarities, there is different material to be found in each.

Chances are, at some point in your life - at least once - you have felt like giving up. And, if we were to be completely honest, most of us would have to admit that we likely actually HAVE given up on something in our lifetime.
But we don't like to admit it. Why? Because it makes us feel like a failure!
However, keep this important fact in mind: One usually must experience failure (and, sometimes, lots of it!) in order to finally experience success.

When I first put together my first podcast back on March 2, 2009, I came up with a little saying that I use with every podcast still today: "As long as there is breath, there is hope!" I have also discussed that thought in several podcasts and blog articles since that time.
But it is still such an important fact to keep in mind! No matter how large the problem(s) may seem or how "dark" your world may seem, as long as you are alive and breathing, THERE IS HOPE for something to change!
I get it. Sometimes it is VERY difficult to "see" any type of hope or change when things are really difficult.  But, friend, it IS possible!
I've used the following example many times in the past and I use it in the podcast that goes along with this article. It will take a lot bigger space, a lot more time and, yes, even the cost of a lot more fuel to turn around a large tanker in the ocean than it does a small jet ski, but it IS possible to turn that thing around!
Time. Effort. Dedication. Space.
THESE are the things that we give up on too soon, my friend. 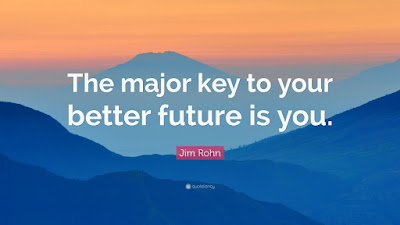 Thankfully, I had the opportunity to hear the late, great, Jim Rohn speak before his passing and this is one of my favorite quotes that I actually heard him say at such an occasion: "The major key to your better future is you."
We MUST begin to understand this important fact! YOU are what makes the difference! Stop telling yourself that you are a FAILURE and start telling yourself that YOU ARE THE SOLUTION!
Whatever you do, DO NOT GIVE UP!
GET UP - however many times it takes - and KEEP MOVING FORWARD!

Be sure to listen to the podcast and hear me talk about being 10 years behind on some of my goals. Have I ever thought about giving up? YES! Have I done so? To some extent, at times...YES! But, do I continue to push forward anyway? YES! YES! YES!
And I encourage you, friend, to do the same. Don't you EVER give up!

And, please also keep this in mind until our next time together...

Posted by mspillman at 2:20 PM No comments:

The Old Barn and Miss Jeannine 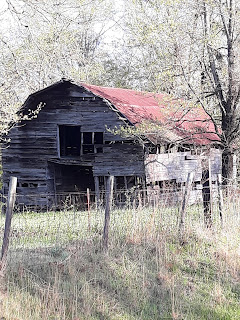 The barn that you see in the picture above is one that I had planned to stop and take a picture of for a long time. I literally would pass by this old barn every day on my way to work and, many times, on my way back from work, depending upon which route I would take.

It actually became a running joke with my wife when we would pass by the barn - on days that I wasn't on my way to work - and I would say, "One of these days I'm going to stop and take a picture of that old barn!". The reason it became a running joke is because I said that for about a year and a half.

And then, one day I finally did it! I finally pulled over on my way to work one morning and took a couple of pictures of this old barn. I love pictures of old barns and other buildings like this and I finally did it! THEN my next plan was to take a picture of it for each of the four seasons. As you can likely tell from the picture, this one was taken this past Spring.

About a month or so I passed by and noticed what you see in the picture below. That's right, the old barn had collapsed and, shortly after, was completely removed to where you could not even tell that the barn had ever been there at all. 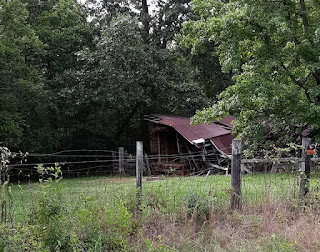 I'm so glad that I did finally pull over and take that picture that I had talked about for so long because, little did I know at the time, I would not have many more chances to do so before it's collapse.

Now for Miss Jeannine. I didn't post a picture of her but she has been a dear friend to my wife and I for about the past twelve years. We first met her when we moved to a new town back in late 2005 and got to know her very well over the course of the 5+ years that we lived in that town. Even after we moved from there we stayed in touch and even got to see her from time to time even after she moved from there as well.

She spent the last year or so in a nursing home and we would stop by and see her whenever we had the chance to do so and I would even stop by when I was by myself and on my way somewhere related to my work.

The last few times we got to visit with Miss Jeannine were a bit disconcerting to us because she was starting to struggle with maintaining a good mind and, once, when I stopped to see her by myself, I spent a bit of time helping to calm her down because she didn't know where she was and who all the people were that were there. They were the other residents of the nursing home.

My wife and I saw her towards the end of this past March...about four months ago and have talked about how we NEEDED to go see Miss Jeannine again. But, for whatever reason, "things" came up and we just never got it done.

Last week I received word that she had been placed in the hospital with pneumonia and, then, the day after that they were going to be placing her in hospice. My wife and I were trying to arrange our schedule to where we could go see her and hoped that she would be able to know that we were there. We received word that they actually had placed her in hospice on Monday and we finally figured out that we would go see her on the following Friday.

On Tuesday I received word that she had passed.

There were no longer any more chances to go visit with our dear friend. Ever.

We attended her funeral this past Saturday and we both talked about how much we wished we had gotten the chance to see her "one more time".

The old barn is one example and Miss Jeannine is another but, friend, there are situations and examples like that around you each and every day.

We tend to get complacent and we tend to take things for granted but I want to encourage you to make a sincere effort to "wake up" from that complacency and to take action TODAY and EVERY DAY!

If you don't you will likely regret it and if you do, you will be glad that you did.

With that in mind, whatever you do, always be sure to...

Posted by mspillman at 7:27 PM No comments: